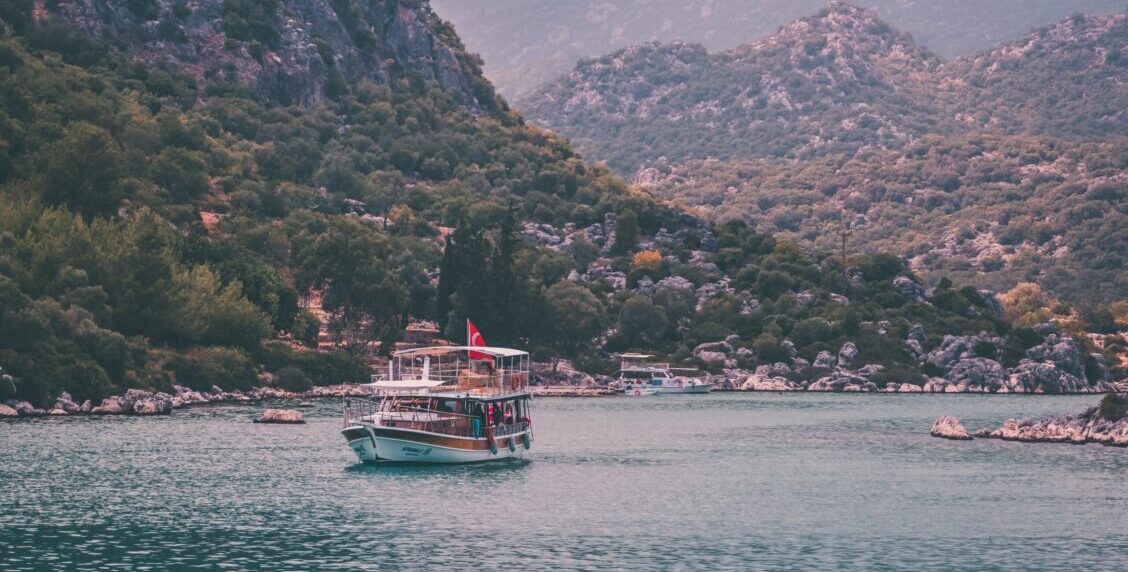 Turkey, officially the Republic of Türkiye, is a fascinating country with a rich history, stunning architecture, and vibrant cities that are well worth exploring. It’s located in the Middle East, at the intersection of Europe and Asia. The earliest known inhabitants of the region were hunter-gatherers who lived in Anatolia for some two or three thousand years. In 324 A.D., Roman Emperor Constantine declared Byzantium (present-day Istanbul) as his new capital city, which became Constantinople and served as one of the most important cities in Christianity during this period until 1453 when it was conquered by Ottoman forces led by Sultan Mehmed II. This marked the beginning of the Ottoman era in Turkey; an era that would last until 1923 and which had a profound influence on its culture and architecture. During this period, magnificent structures were built across Turkey; from mosques to palaces, fortresses to baths, these structures showcased cultural and architectural elements from both Europe and Asia. 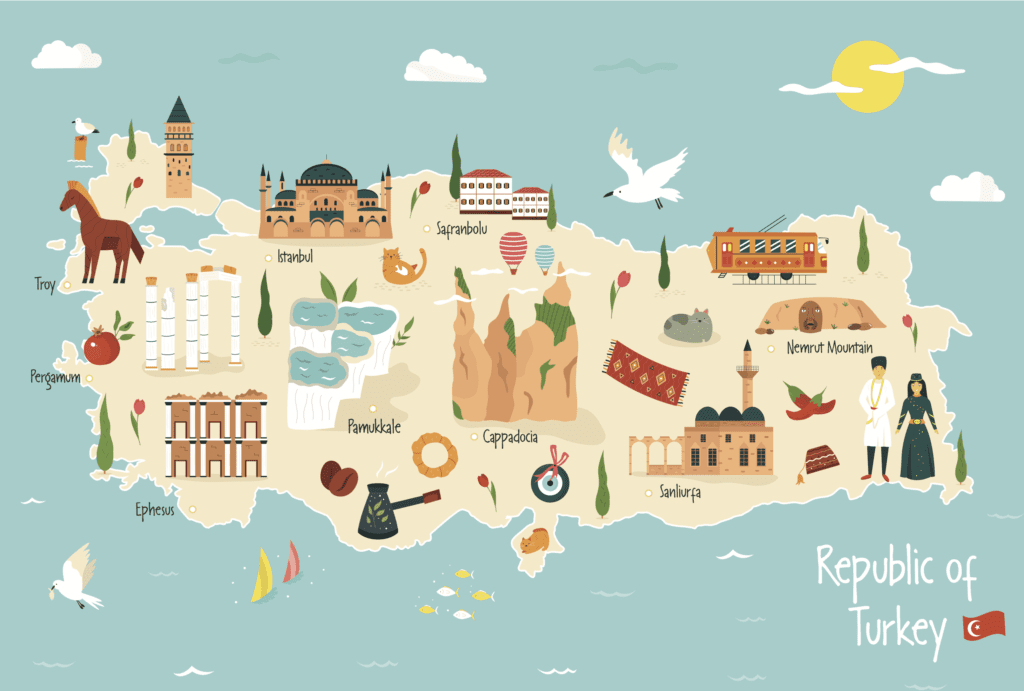 The official language of Turkey is Turkish, which is spoken by about 85% of the population. It also has official minority languages such as Kurdish, Arabic and Zaza, as well as other spoken languages like Greek, Laz and Circassian.

Travelling to Turkey requires a valid passport with at least three months validity after your departure date from Turkey. Additionally, depending on your nationality you may need a visa or an e-visa in order to enter the country. Generally speaking, citizens from certain countries including the United States are eligible for e-visa applications online or at border crossings while European citizens do not need a visa and can stay up to 90 days.

Public transportation in Turkey includes buses (otobüs), metro lines (metro) in cities like Istanbul and Ankara as well as ferries (vapur) connecting certain cities along the coastlines. Trains are also available between some major cities like Ankara and Istanbul but not frequently used for intercity travel. Taxis are also widely used but prices can be higher than expected so prepare to bargain!

For those looking to travel off the beaten path; renting a car is one of the best options for exploring remote areas.

Turkey’s national currency is the Turkish lira (TRY), although in some establishments such as hotels euros and US dollars are accepted too. Although ATMs are widely available in cities, it’s always good to carry some cash to use for public transport or when buying from street vendors.

Turkey has different climates for each of its four main zones. The Mediterranean coastal strip has hot dry summers and mild winters with plenty of precipitation; the Aegean region is characterised by warm summers and cool wet winters; Central Anatolia has cold winters but very hot summers; and the eastern highlands experience cold weather year-round with little rain or snowfall.

The best season to visit Turkey depends on what activities you’d like to do. If you enjoy outdoor activities such as swimming and hiking, summer (May-August) is ideal; for cultural experiences or if you want to visit urban centers, autumn (September-November) is a great season. Those interested in skiing and winter sports should plan their trip for winter (December-February).

Turkey boasts a rich culinary culture which blends influences from all over the world. Expect a lot of kebabs on restaurant menus! Dishes such as börek (a savoury pastry filled with cheese or meat), kokoreç (lamb intestines cooked over charcoal), hünkar beğendi (smothered lamb with eggplant puree), kuru fasulye (white beans in olive oil), and pide (a boat shaped flatbread often topped with meat or cheese) are also widely popular.

The standard voltage in Turkey is 220 volts which is used throughout Europe and many other parts of the world.

Safety: Turkey is generally considered safe for tourists especially in popular tourist spots such as Istanbul and beaches on the Turkish Riviera. Pickpockets are common throughout Turkey and it’s best practice for tourists to carry minimal cash and valuables in a secure pocket or bag when out sightseeing.

TOP ACTIVITIES TO DO IN TURKEY

Turkey has so much to offer for all types of travellers and it would be hard to see everything in one single trip.

A trip to Istanbul is a must! This bustling city is home to many impressive historical attractions, shopping, delicious Turkish cuisine and exciting nightlife scene.

Other iconic cities include Izmir which has a picturesque coastline and vibrant local culture. Cappadocia provides a unique landscape with its fairy chimneys and underground cities and Antalya boasts some of the most gorgeous beaches in all of Turkey with crystal clear waters and stunning views of the Mediterranean Sea.

For those looking for an outdoor adventure, Turkey has numerous places to explore including ancient ruins like Ephesus or Troy; vast national parks like Kackar Mountains National Park or Sultans National Park.

Turkey is also known for its hot springs that are said to have healing powers due to their mineral-rich waters. Pamukkale and its terraced pools is one of the most popular destinations for this sort of activity.

Turkey is home to countless special events throughout the year as well – from music festivals such as Love Summer Festival in Istanbul to gastronomy & wine festivals like Istanbul Food Festival or Urla Wine Days, to art exhibitions like Istanbul Biennial. 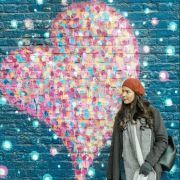